skip to main | skip to sidebar

An Ethical Comparison: Reagan vs Marx

During my recent sabbatical, I found myself with the time to catch up on a good deal of reading, including the recently published collection of Ronald Reagan's personal diary entries from his years in the White House. At the opposite end of the scale I also caught up on some of the writings of Karl Marx that are not commonly distributed or read.

I say "opposite" because one cannot help but compare what the writings of these two men tell us about them as human beings and how it reflects on the belief systems each espoused. And the comparison tells us not only about these men, but about those who honor them and their beliefs.

This is actually an important point to recognize about people who believe in such diametrically opposed beliefs. It's the key to comprehending what the followers of such systems will do if they are placed in positions of power...and that is vitally important when we make decisions at election time.

Of course we should study each candidate for office in a professional capacity...what does their "resume" tell us about their experience, training, competence, and work ethic? But that is not the only criteria for making a hiring decision. Heaven knows Stalin was competent and worked hard, as did Hitler, and Mussolini.

We also seek some insight into the candidate's ethics, sense of honor, and attitude toward others. This is important because there will be many a time when we have to trust that elected official to do what is in our best interest, and not what is in their own. In fact we expect them to put their interests aside completely.

I read Ronald Reagan's diary with the intent to look into historical events of the time from an insider's viewpoint, and I discovered something I hadn't intended to find. I found an insight into the man himself and who he was, and why so many people who knew him loved him. It was because, above all else, and as his daily comments tell us, that he loved others more than anything including himself.

His greatest joy came from meeting people every day. He loved it when children came to the White House. He loved meeting the representatives of organizations for the handicapped or disabled. He would always write about them in glowing terms, stating that they were the "best of us...the bravest and most inspiring." He would hug strangers, cry with parents who had suffered loss, and was unapologetic and genuine in his feelings.

He often wrote about his love for Americans, their strength and generosity. He thought the world of everyone he met. He found something good to think and say about even his most caustic political enemies. He adored his wife and missed her terribly when she was gone. He admitted his greatest weakness was that he wore his heart on his sleeve, and had a difficult time thinking ill of anyone...no matter how many times they might attack him personally.

The man who was Karl Marx also comes out clearly in his more personal writing and articles. His book on economic theory is how most people know him, but he wrote prodigiously on other subjects and matters. What "intellectuals" tell us is that Marx was a "genius" and a pioneer in economic thought...and true believers follow his words like a southern baptist preacher follows the Bible.

When one actually reads Marx, particularly if they've read economists of the time, one realizes he was basically a plagiarist who created long and rambling diatribes which were considered "academic" in the 19th century. In fact, the more long-winded and the more repetitive a writer was at that time, the more "intellectual" they were judged to be.

But when one ignores the academic blather, and stops trying to keep it all straight, one can't help but note the most important aspect of his inner self. This comes out most clearly in his personal letters and articles. That aspect was a general hatred for all people not within his tight little group of cohorts. Marx was an overt racist and anti-Semite, a believer in euthanasia of the disabled and handicapped, and firm in his belief that the vast majority of mankind was made up of idiots who were expendable.

I couldn't help but notice that hatred of others, in general, was a hallmark of socialist and progressive groups whose meetings I attended when a young man and studying those organizations. What I didn't connect at the time as clearly as I do now, was the reason they were universally so.

It boils down to the original thought process of Marx himself and is the main reason why he is still not only remembered, but why his memory has driven so many violent political movements. Marx's "genius" was not in economic thinking; it was in appealing to the basest, most negative, of human emotions and feelings; mainly greed, laziness, jealousy, envy, hatred, and fear.

He not only appealed to those emotions, he rationalized them and gave them a key role in a political "system" where they were not only justified, they were praised as the highest example of "revolutionary thinking." In fact, what we would normally think of as vile became righteous. In addition, he enforced the natural desire of every person to see themselves as intellectually superior to the masses...and in accepting his belief structure, his bigotry and hatred, his bitterness...the believer became one of a select few who could be considered modern, progressive, and revolutionary in thought.

To this day, a century and a half after Marx, every Marxist believes the masses don't follow Marx...not because he was vile and hateful or because his system has been proven a failure every time its been forced on a nation, but because the masses are intellectually inferior to the true believer. Most I know are careful never to read about opposing ideas, or engage in rational debate, because they have convinced themselves they are far above such wasteful efforts to convert the idiots who don't revel in the truth of socialist dogma. In reality, any debate or discussion immediately lays bare the self-perceived superiority they so very need to believe in.

So what is my personal response to these two men's writings? Reading the words of Ronald Reagan, I have to admit, inspires me to become a better man...a better husband and father...and to show more respect and compassion than I have for those less fortunate than I. I read this man's innermost personal thoughts and know that I am lacking and not nearly the man he was...and I wish to be better.

I read Karl Marx and feel something entirely different. I sense the darkness of history, the genocides, the mass killings, the dictatorships, and I'm sickened by the horrors this small-minded and bitter-souled philosophy has wrought on the planet. I look at the men who followed his beliefs, I mentioned three at the beginning of this article, and recall the horror they have brought on the world and how that horror fit in with Marx's personal beliefs. I am not inspired...I am repulsed.

At one time Ronald Reagan sat in the highest office of the land, and carefully considered every decision taking first into account the dignity and value of every person in this nation. Today we have self-avowed Marxists working in the same building and advising the chief executive.

It seems beyond expectation, if an actual crisis arises, and not one manufactured to aid them to grow personal power and wealth, that these believers in Marxism will somehow transform themselves and rise to the occasion...and will show their countrymen...all of their countrymen...the respect and dignity openly displayed by President Reagan. After all...this current crew has stately openly they will "punish those who oppose us."

How will this end? How will America change as a result of this 180-degree turn in the way leaders feel about those who they serve? Only time will tell us...and hopefully the loving spirit of America, the spirit so openly expressed by Ronald Reagan, will win out and remain long after the hatred and bitterness that is Marxist dogma has ceased to exist. 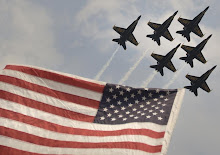 Professor of Liberty
Leading a discussion on the relationship between the individual and government.

Links for our Readers

The only problem with socialism is that you eventually run out of other people's money. 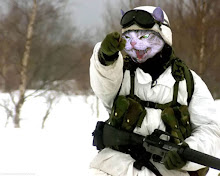 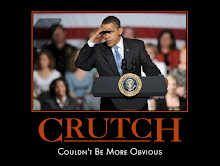 To Keep and Bear Arms...

Send Nuts to the Troops...Congress has plenty to spare 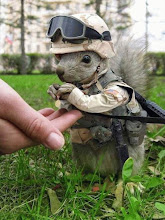